I always want my websites to be secure and fast. HTTP/2 is the latest enhancement to the HTTP protocol that can provide significant performance improvements:

The primary goals for HTTP/2 are to reduce latency by enabling full request and response multiplexing, minimize protocol overhead via efficient compression of HTTP header fields, and add support for request prioritization and server push.

It turns out all browsers that support HTTP/2 also require TLS (HTTPS). So my first step was adding HTTPS support to agilitycourses.com which also provides a backbone on which I'll implement secure user profiles. Then I wanted to enable HTTP/2 to see if it improved the speed of pages served to end users.

But First an OS Upgrade

After a little research I found that recent releases of NGINX support HTTP/2 and those versions are packaged with Ubuntu 16.04 LTS. That made upgrading to this latest long term support OS version a better approach than just upgrading NGINX on my older OS. I basically went through the standard upgrade process.

While I had to work through a number of small issues upgrading my older websites; the biggest change was converting my upstart scripts to systemd scripts. But the beauty of hosting with virtual servers is it was trivial to create an image of my existing server, spin up a temporary server using that image, and then practice the ugprade/migration on the temporary server. I was able to move some configuration changes back to my live server and test out the changes to my sites' Fabric deployment scripts.

Once I was on NGINX version 1.10 the change to the website to enable HTTP/2 was as simple as changing the virtual server from:

Then I just reloaded the Nginx configuration: sudo systemctl reload nginx. That was it!

Here's the network view of the timing of requests for a page using HTTP/1.1 over HTTPS in Chrome: 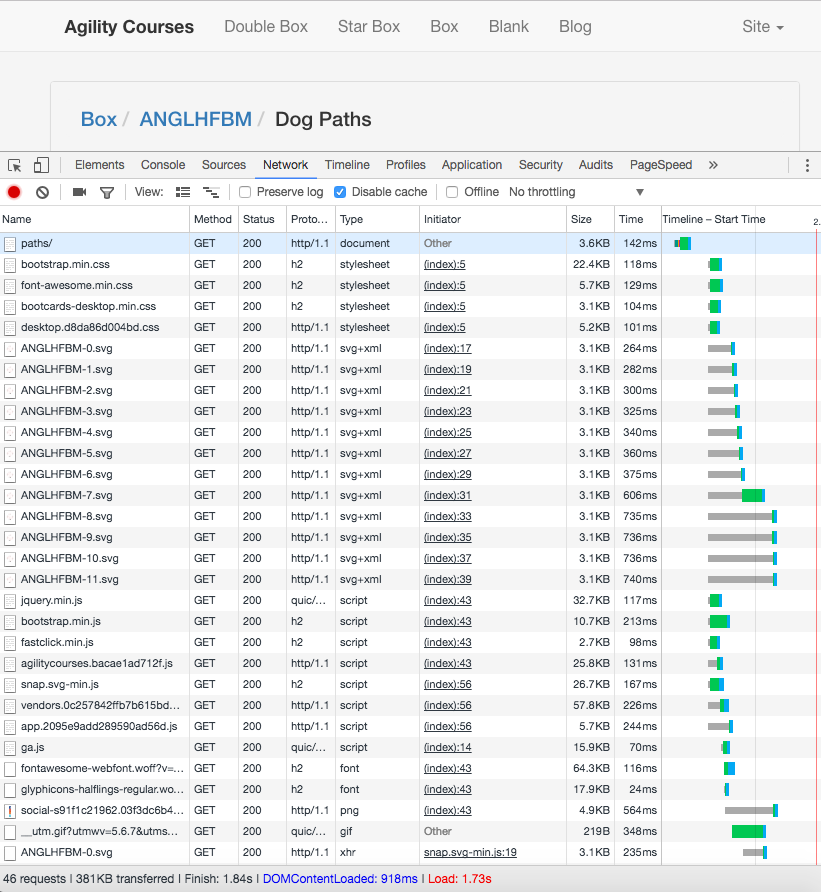 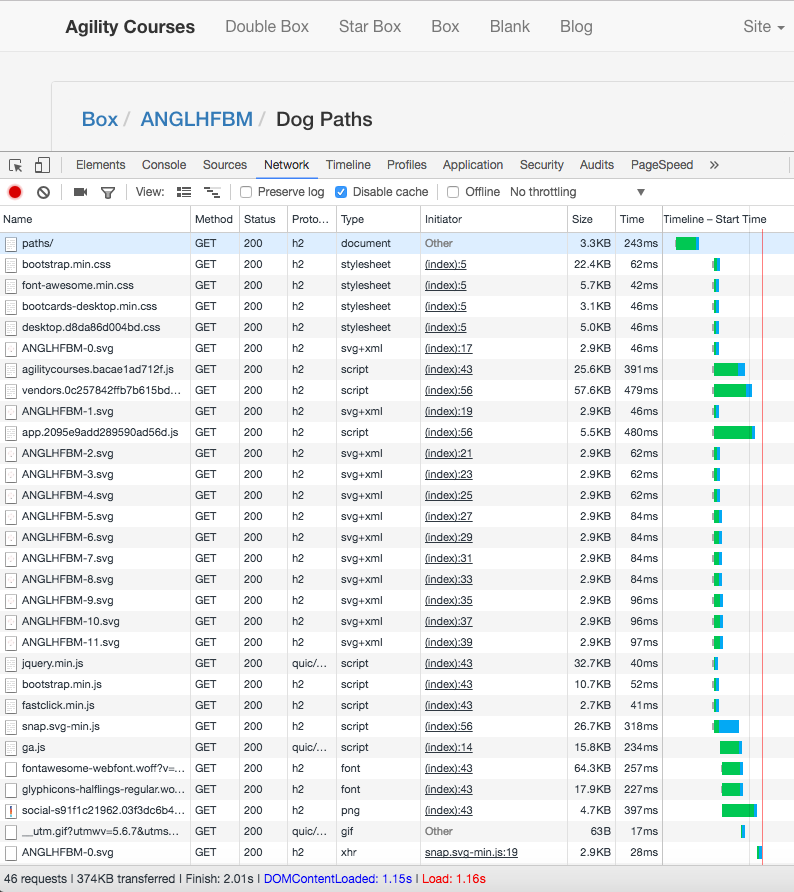 So that was a nice free speed up and there are plenty of areas I can still investigate to further improve the performance of this web site: