It has been several years since I've worked on my Django driven website that uses Shrink The Web (STW) screen shots. During that time STW has simplified their feature set and their API.

As I upgraded my site (Googility.com) I took some time to modernize the django-stw template tag and support API changes for the latest Django and Python versions.

I also tested the package when deployed using HTTP and HTTPS.

Here are the changes (from the CHANGELOG.txt):

You can the template tag in action on this demo page in a nicer "Bootstrap-ified" UI: 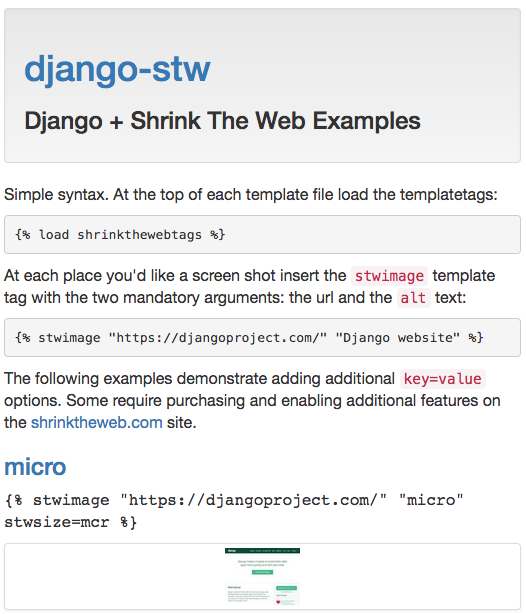 The latest package is available on PyPi:

Or as a source download on github, or via git clone.